What are RMS user options for EMV terminals? Here’s four options for merchants to choose from while waiting for RMS integrated EMV terminal; as of August 24, 2015, there are no gateways driving US EMV certified terminals yet.

Which is best EMV terminal for RMS users to accept chip cards today? 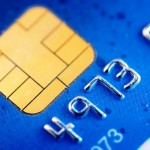 Which option would you choose?

Today, card issuers bear the fraud loss if they give merchants authorization to accept the payment for a counterfeit card at the point of sale. Merchants never know about this fraud because the processor/acquirer automatically manages the response. Starting October 1, this process no longer applies. If merchant doesn’t support EMV, but the card issuer does, the acquirer is liable and can immediately chargeback the merchant’s bank account via ACH. What’s the financial risk? Nobody knows, but an estimated 63% of card present fraud losses were covered by issuers in 2012. 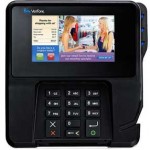 CenPOS now supports the Verifone MX915 signature capture terminal with a variety of point of sale solutions. While most new terminals in the market are EMV ready, CenPOS is EMV live with this Verifone multilane terminal.

To boost EMV adoption, MasterCard offers incentives beyond the EMV liability shift.  To participate, merchants must deploy hybrid EMV terminals (support of both contact and contactless interfaces), and 75% of card present transactions must be on them .(reference MasterCard white paper http://www.mastercardadvisors.com/_assets/pdf/emv_us_aquirers.pdf)

The Verifone can be used standalone with a computer, high speed internet and the CenPOS virtual terminal, or integrated with POS systems, including open source ERP retail POS solutions like OpenBravo. Merchants desiring integrated connectors should contact 3D Merchant services; the connectors are generally not available in POS add-on marketplaces. 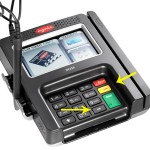 When a customer is prompted for signature, the transaction is basically over. An authorization has been returned and the signature is for merchant records. As has been reported on 60 Minutes and other media, often cashiers don’t even look at the signature. That’s a mistake.

The signature is critical to merchant defense of disputed transactions.

For high dollar transactions, most merchants will run extra security, such as validating the last 4 digits of a card. Often cloned cards will not match the front digits with the magnetic stripe data. Here’s a recommended process to reduce credit card chargebacks for reason “It wasn’t me.”:

Need a solution for signature capture? We offer both integrated and non-integrated solutions, including for Ingenico, Verifone, and Equinox terminals.

If you’re reading this, chances are your credit card terminals beeped and then suddenly stopped working. If your L4250 hasn’t yet, it will the next time you reboot it. The cause is a manufacturer expired security certificate. It doesn’t matter when you bought the unit because the 10 year certificate was issued in 2004 and expired in 2014.  The sudden mass extinction of thousands of terminals has left merchants scrambling for credit card terminals.

The only instant solution is to replace your terminal. In most cases, a super quick fix is to add a USB swiper. This will get you operational until you can obtain another solution. Units are available at most office supply stores. Because those retail store units do not have P2P encryption, it’s just a quick fix. (Merchants can only buy P2P encrypted units from authorized distributors that can inject the P2P key.)

Equinox has a Certificate Expiry help web page where you can request help. Those who have tried the support have reported varied help. On Krebs security, a commenter said 0 of 400 units were able to be updated remotely, but they were given option to mail in at their expense and Equinox would send out a new unit.  Since most merchants will want pin debit encryption, it’s not a simple matter of them dropping a new one into a box. You’ll have some down time waiting, especially with the high demand. Be sure to remove all cables and pen before shipping any unit you return.

The L4250 end of life was announced some time ago. Now is the time to Invest in new EMV terminals. If you’re able to resurrect the L4250’s in the coming weeks, keep them as back ups as long as they’re still PCI Compliant.

The comparable replacement signature capture terminal is the new Equinox L5200, which supports EMV and NFC. CenPOS merchants contact your relationship manager for pricing with overnight replacement and P2PE encryption. 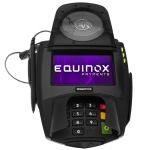 If your terminal is permanently dead, consider recycling. It’s good for the environment and secure.

Looking to use signature capture devices with your OpenBravo POS? Ingenico and Equinox terminals are compatible with our integrated payment gateway. 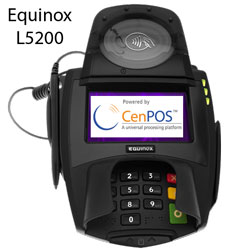 Equinox L5200 is a feature rich signature capture terminal among the lowest cost and high reliability. Equinox was formerly known as Hypercom, the number one terminal brand in US. 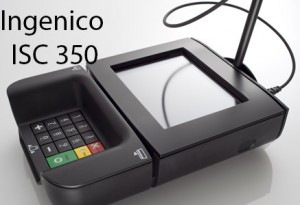 The Ingenico isc350 has a large glass screen and bigger footprint than other units. Stand with angled base is recommended.

Older products supported but end of life has been announced include the Ingenico i6580, Ingenico i3070, Hypercom Optimum L4250, Verifone Pin Pad 1000se. Other compatible options include Magnetic Card Swipe reader and mobile card readers.