ALBANY, NEW YORK – Hugo Hernandez, age 34, of Miami Lakes, Florida, pled guilty today to a superseding indictment charging him with being part of access device fraud and money laundering conspiracies for his roles in a nationwide gas station skimming scheme that involved stealing banking and personal information of residents in and around the Northern District of New York, as well as multiple other parts of the country, who used the “pay at the pump” feature to make gasoline purchases.

The announcement was made by United States Attorney Carla B. Freedman; Janeen DiGuiseppi, Special Agent in Charge of the Albany Field Office of the Federal Bureau of Investigation (FBI); and Inspector in Charge Ketty Larco-Ward, Boston Division, United States Postal Inspection Service (USPIS).

As part of his guilty plea, Hernandez admitted that between December 2015 and July 2019,  he conspired with others to commit access device fraud by building skimming devices designed to steal gas station customer information, installing those devices inside gas pumps in Albany, Broome, and Montgomery Counties, and elsewhere, and then using the information collected by those devices to create fake credit and debit cards. The fake cards were used to obtain money orders, gift cards, cash, and other things of value.

Hernandez also admitted to being part of a conspiracy to launder funds obtained through the access device fraud conspiracy, and, in facilitating that conspiracy, causing at least 162 money orders, worth $173,257, to be deposited into a bank account he controlled. As part of his plea agreement, Hernandez agreed to be subject to a forfeiture money judgment in the amount of $173,257.

A sentencing hearing is set to take place on March 1, 2022, before Senior United States District Judge Gary L. Sharpe. Hernandez faces up to 20 years in prison; a fine of up to $500,000 or twice the value of the property involved in the transaction, whichever is greater; and up to 3 years of supervised release. A defendant’s sentence is imposed by a judge based on the particular statute the defendant is charged with violating, the U.S. Sentencing Guidelines and other factors.

This case was investigated by the FBI Albany Field Office and USPIS Boston Division, with assistance from the FBI Field Offices in Miami, Pittsburgh, and San Juan, the USPIS Miami Division, the United States Secret Service Miami Field Office, as well as the New York State Department of Agriculture, Division of Weights and Measures. The case is being prosecuted by Assistant U.S. Attorneys Rick Belliss and Emily C. Powers.

Alarming new data from Radial warns retailers of the urgency to manage fraud without compromising revenue or customer loyalty.

KING OF PRUSSIA, Pa., May 1, 2017 /PRNewswire/ — Just released data from Radial’s leading eCommerce Fraud Technology Lab adds another alarming statistic for retailers to contend with when delivering a seamless customer experience. To date in 2017, data shows a 200-percent increase in credit card testing, a tactic used by fraudsters to test stolen credit card numbers with small incremental purchases before making large-dollar purchases on the card, compared to the same quarter in 2016. Fraud also is up 30 percent year over year, proving to already struggling retailers that this is just the beginning of online fraud in the post-EMV world.

Managing fraud continues to be a double-edged sword for retailers. Many either apply tools that over-reject orders, but in the process decrease their customer transaction approvals and lose valuable revenue in return. Or, retailers build their fraud teams in-house, which often lack the historical data and rules to catch subtle card testing tactics like the ones identified by Radial. Card testing leads to more eCommerce fraud as it’s easily identifiable when a retailer is allowing these types of fraudulent transactions through.

“Our data adds another alarming statistic for retailers who may be unprepared to manage fraud activity in eCommerce. We know fraudsters won’t stop looking for opportunities to monetize their stolen data and will even automate this process once they have a card that appears to be working,” said Stefan Weitz, chief product and strategy officer at Radial. “This results in quick, large volume purchases that leave retailers vulnerable.  When retailers miss card testing, they’re contributing to future card attacks. Fighting card testing is complicated, but can stop millions of unanticipated fraud attacks if tracked and managed efficiently.”

The fraud landscape is rapidly changing and presents pervasive and growing threats for eCommerce merchants. Radial’s Fraud Technology Lab and a team of data scientists use their robust fraud platform to uncover how trends in fraud can drive down retailers’ bottom lines and increase their risk. According to Radial’s analyses, since August 2016, the market segments of electronics, entertainment, jewelry, and sporting goods experienced the highest increases in online fraud during the 2016 peak season.

“Increasing revenue has never been more important for retailers. They cannot afford to be slammed with fees that stem from missing fraud activity and must count on each good order getting approved,” said Weitz. “More retailers claim they are combatting fraud, but underestimate the other areas they’re endangering – like revenue and customer loyalty – when they don’t use the types of data sets Radial has to increase transaction approval and take on full liability of combatting fraud.”

Hundreds of retailers and brands confidently partner with Radial to simplify their post-click commerce and improve their customer experiences. Radial brings flexibility and scalability to their supply chains and optimizes how, when and where orders go from desire to delivery. Learn how we work with you at www.radial.com. 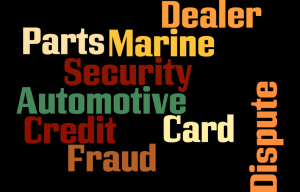 Credit card fraud is still rampant in the US, even after US EMV liability shift convinced many merchants to purchase terminals to support chip cards. Marine, auto, and other high value parts dealers have long had a problem mitigating fraud risk with local and international parts.

In summary, dealers need US EMV and cardholder authentication to maximize risk mitigation from credit card fraud. US EMV requires terminal certification, and gateway certification* to your merchant account provider. Cardholder authentication requires a payment gateway certified for the service.  There are very few companies that meet all these requirements so if your credit card processing salesperson gives you a blank stare when you ask, it’s time to explore other options.

*A payment gateway certified for level III retail to your acquirer is required; countertop terminals are incapable of sending level III data.

For mixed retail and card not present merchants, especially with a business to business customer component, a traditional desktop terminal can cause problems including failed PCI compliance, higher merchant fees, and increased losses from customer disputes  – the dreaded chargeback. To comply with EMV, now is the time to address multiple business needs to maximize profits.

Why is a traditional desktop terminal bad for mixed customer base?

What’s the alternative to a desktop terminal? 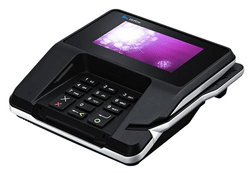 Desktop software like PCCharge and ICVerify have all announced end of life because they cannot support new payment technologies like EMV. The swiper wedge that many small businesses have used do not support EMV and that won’t be changing, so they too will disappear. The alternative is a payment gateway with virtual terminal; a cloud based solution. Buyer beware. There are significant differences between gateways; many of them are not much better than a desktop terminal.

What about mobile? Mobile EMV will largely be rolled out next year, as hardware needs to first be certified, and then all the other certification components will follow.

The only payment solution today that is supports level 3 processing for retail is CenPOS, which also has the most EMV terminal certifications of any gateways to date.

We use cookies on our website to give you the most relevant experience by remembering your preferences and repeat visits. By clicking “Accept All”, you consent to the use of ALL the cookies. However, you may visit "Cookie Settings" to provide a controlled consent.
Cookie SettingsAccept All
Manage consent

This website uses cookies to improve your experience while you navigate through the website. Out of these, the cookies that are categorized as necessary are stored on your browser as they are essential for the working of basic functionalities of the website. We also use third-party cookies that help us analyze and understand how you use this website. These cookies will be stored in your browser only with your consent. You also have the option to opt-out of these cookies. But opting out of some of these cookies may affect your browsing experience.
Necessary Always Enabled
Necessary cookies are absolutely essential for the website to function properly. These cookies ensure basic functionalities and security features of the website, anonymously.
Functional
Functional cookies help to perform certain functionalities like sharing the content of the website on social media platforms, collect feedbacks, and other third-party features.
Performance
Performance cookies are used to understand and analyze the key performance indexes of the website which helps in delivering a better user experience for the visitors.
Analytics
Analytical cookies are used to understand how visitors interact with the website. These cookies help provide information on metrics the number of visitors, bounce rate, traffic source, etc.
Advertisement
Advertisement cookies are used to provide visitors with relevant ads and marketing campaigns. These cookies track visitors across websites and collect information to provide customized ads.
Others
Other uncategorized cookies are those that are being analyzed and have not been classified into a category as yet.
SAVE & ACCEPT